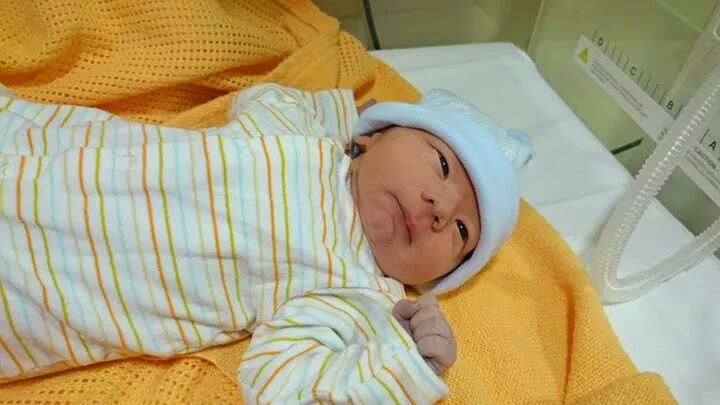 In the UK, the current NHS policy is to encourage women to attempt a Vaginal Birth after Caesarean (VBAC). I’m aware that in the USA and in many other countries, they have the opposite policy, in which they believe it safer for women to always have a caesarean if their prior birth was a caesarean. So while I recognise it’s quite progressive that the UK encourages VBAC and that there’s quite a lot of evidence to show that they are relatively safe, when it came my turn to have my second baby and VBAC was suggested, I was terrified. I spent a lot of time trying to find information for women who were scared of attempting VBAC, but all I could find were campaigning sites that were all in favour of it. This was in 2014 and I think there is more out there now, but I thought I would share my experience anyway in case it helps someone.

My first labour was induced at 10 days overdue after meconium-stained waters (baby got distressed and had a poo in the amniotic fluid). After 20 hours of labour, I had an emergency caesarean. This was followed by my baby being in special care for pneumonia caused by complications of the birth – probably from breathing in the poo-water.

In my second pregnancy, the one thing I wanted to avoid more than anything else was for my baby to be sick again. I blamed being overdue combined with the emergency caesarean for my baby’s illness. So I figured that an elective caesarean, in which I could be calm and know exactly when everything was going to happen, was the best option for me.

However, the NHS tried really hard to convince me to have the VBAC. I received special consultations from a “Birth Choices” midwife. I visited her armed with the NICE guidelines about VBAC which delineated the risks of the procedure. These guidelines have since been updated to be more positive about VBAC. She listened to my concerns and agreed to book me in with a consultant to discuss it further.

The consultant told me she was quite confident that I would have a successful VBAC, but she understood my absolute refusal to go overdue or to have an induction. I also didn’t want to be lying on my back strapped to a foetal monitor, which is generally recommended for VBACs. But the consultant told me it’s possible to take breaks from the monitor to walk around, and sometimes even to have a remote monitor that allows you to move.

To mitigate my fears about going overdue/being induced, she booked me in for a scheduled caesarean at 41 weeks, with the plan for me to have a few sweeps before my due date came along in the hopes of getting things moving.

Now, in my first pregnancy, baby basically never dropped into my pelvis, so they couldn’t even do a sweep. This time, I had two sweeps, and I went into labour just one day past my due date.

Now, no sort of birth is a walk in the park. But this time baby came in about 4 hours altogether and delivered without any complications. He still ended up in special care due to feeding problems, but that’s another story.

So really I just wanted to write down my experience in the hopes it might reassure anyone else who might also find VBAC, and with it the possibility of another emergency caesarean, scarier than an elective caesarean. My healthcare providers gave me so much advice and support and it turned it around for me.

My main advice is, whatever your feelings about the sort of birth you’d like to plan for your second and subsequent pregnancies: stick to your guns. If you have a strong preference, it is their job to convince you otherwise (if necessary), and make you feel safe. Don’t let them bully you into something you don’t want. But if they can change your mind legitimately, like they did for me, now that’s another story.